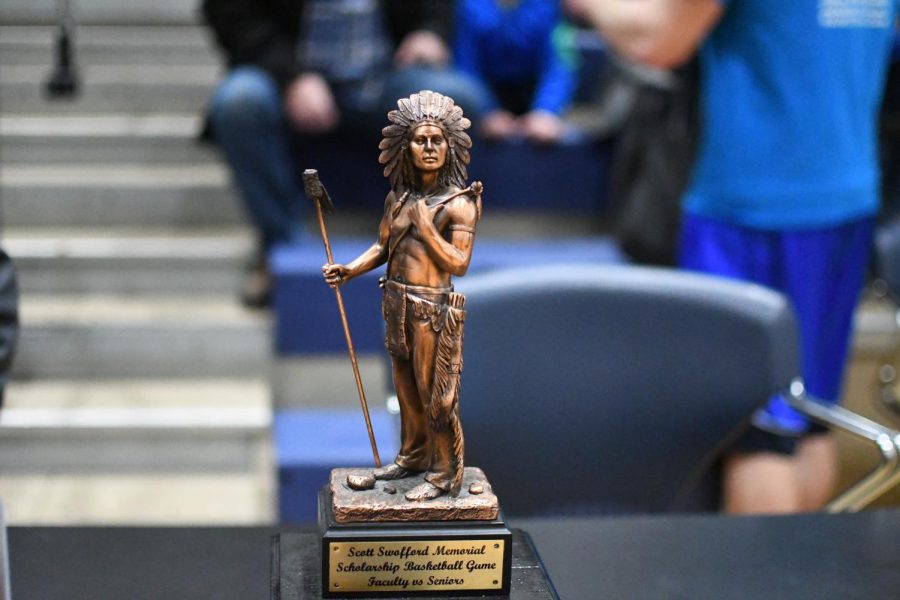 Unfortunately, due to the Covid-19 pandemic, the difficult decision was made to cancel the Swofford game. However, there is light at the end of the tunnel for us students here at Holt. One of the primary purposes of the Swofford game is to provide two $1,000 scholarships to two students. The money for those scholarships usually comes from the game however this year it’s going to be a little different.

This year the scholarships are going to be funded by a t-shirt competition where students will be able to submit designs for a T-Shirt competition in which the winning design will win a $100 gift card and have their design printed on the shirts. The winning t-shirt design was created by T.J Riley, congratulations!

Students are reacting differently to the cancellation with many being happy and many being sad or disappointed.

“I think it’s great that they shut down the game because it shows that Holt is dedicated to their students’ safety,” one student said.

Some students at Holt are happy with the game being canceled citing safety and the wellness of others as one of their main concerns. However, what is odd is that they also say that the school is doing a good job with their COVID response and protecting the students. It seems that many at Holt share the sentiment that you can never take too many precautions for protecting others and yourself.

On the other hand, some students are upset about the situation, citing that the game means a lot to them and that it brings the school together.

“I’m kind of disappointed with the situation. I wish we could have done something to keep it open,” One student said

To the students at Holt, the game means a lot to them. Whether that be school spirit, happiness or community it’s clear that canceling the game took a heavy toll on some people. However, let it be known that the decision did not come easy to cancel the game.

Mr.Ernst, the self-described organizer and planner of the game, says that he is disappointed and saddened that they couldn’t do the game this year. He says that he knows how heartbroken the students must be and the seniors especially, but also that it just wouldn’t have been possible to do the game due to the Covid-19 pandemic.

“The game is all about school spirit and bringing the school together, but we would’ve had to exclude so many kids it would have been more about exclusion rather than inclusion,” Mr Ernst said.

To a lot of people that’s what the game means, inclusion, and due to social distancing it wouldn’t have been possible to include everyone. So little kids would’ve been let in; it would’ve just been seniors and then a few other student classes. Imagine getting excited to go and then you get there and you get rejected instead of that feeling of inclusion you would usually get from going to the game you would feel excluded and that’s not what Mr. Swofford was about.

“I understand their anger, but let’s try to be positive and put that energy towards promoting this alternative,” Mr. Ernst said.

Mr. Ernst understands the student’s anger and disappointment, but wants for all of the students to know that it was not an easy choice to make and he still wants to help raise money for the scholarships. That is why it’s so important to put our energy into promoting this new alternative for the game and still promote kids that need that financial help. The money from the shirts goes right into the fund for the scholarships.

Even with the game being canceled the Swofford Games spirit still lives on. Whether that be through T-shirts talking and reminiscing about past games or just enjoying that we can be together at Holt. It’s clear that even through a pandemic Holt still tries to honor its traditions and keep school spirit high. Remember to buy those T-shirts!