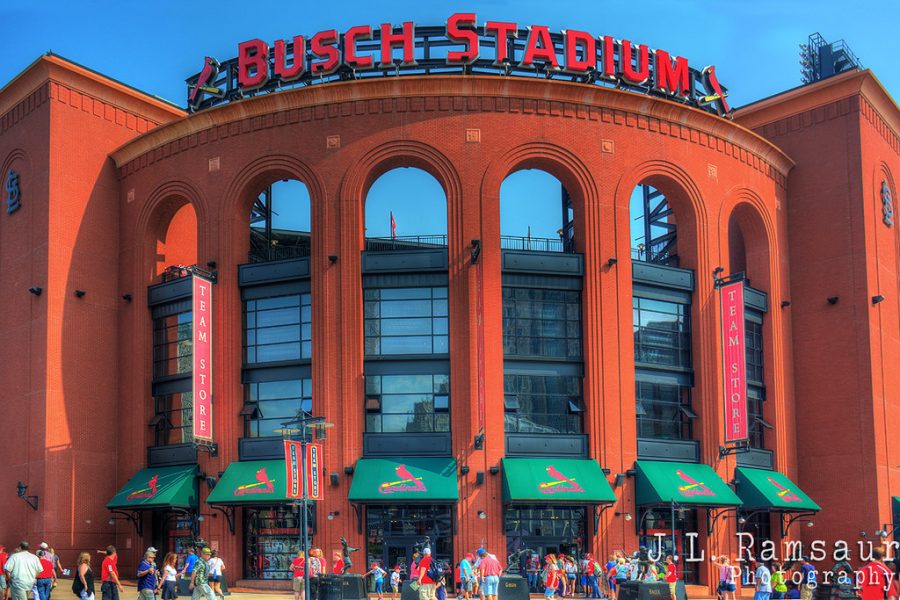 After being absent from baseball since 2019 Busch stadium opened its doors up to 13,000 eager fans

After 544 days away the St Louis Cardinals made their official home debut yesterday hosting the Milwaukee Brewers. With having no 2020 season it has been a while for the Cards. It appears they have had a fairly decent season with a 5-2 regular season record thus far. The real question is, how has the team changed, and will this season be different compared to other sports post-shutdown.

What sets apart this year’s team is that they have made subtle off-season trades and signings. There have been a few changes with a couple of trades and moves to the minor league. In addition to re-signing veteran players Yadier Molina and Adam Wainwright, they acquired third basemen Nolan Arenado from the Colorado Rockies. He has proven himself to be a valuable asset to the infield and the plate. With a batting average of .345, he is placing himself on a pedestal for future success in St. Louis.

This season to following MLB guidelines Busch Stadium has to follow rules from the city of St.Louis. Mask is mandated in the city so masks are required to enter the stadium. Social distancing is enforced and frequent wipedowns and cash-free transactions are encouraged. They have also only made available 30% of seating in the stadium to further enforce social distancing.

Now as for the actual game the Cards secured a 3-1 victory over the Brewers in the final portion of the game. The game itself was a little bit of a back and forth mixed with a stalemate. The Brewers secured a run after a play got messed up by the pitcher and center fielder. That would however be the only time the Brewers would score for the remainder of the game. Then after a score from Yadier Molina, the score would stay tied for the next couple of innings. Until a newcomer, Arenado sent the ball sailing for a two-run home run thus securing a Cardinals victory.

Playing seven games and being pretty successful does not mean a guaranteed great season. It is still too early to make any clear guesses who makes playoffs in the fall. The great thing about the first few games, it is the perfect time to set a good first impression. Based on what has been seen so far it would not be a stretch to say that the Cardinals may have a promising season ahead. Playoffs are a long way away but it is safe to say that the Cardinals return to baseball is sure to make the entire city fill with enthusiasm