Beltane: The History and Ways to Celebrate 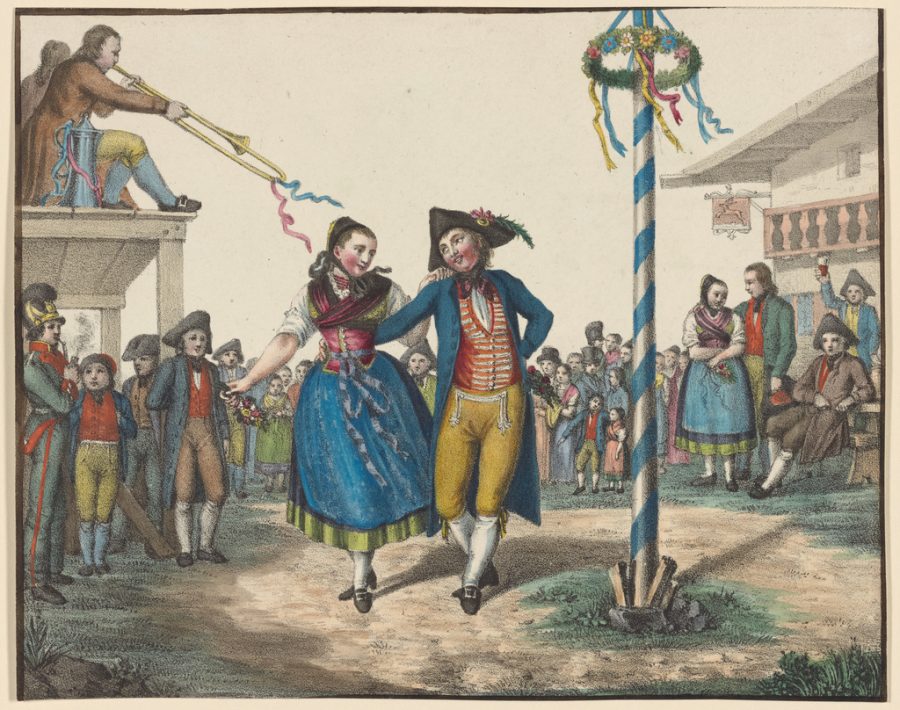 A painting of two people dancing around a Maypole to celebrate Beltane.

Bonfires, Dancing, and Celebration. This could just sound like a summer party but to many, it is the celebration of Beltane. Beltane otherwise known as May Day marks the beginning of summer and warmer times. Being in correspondence with many matronly deities and rebirth this may be the time to set new intentions for the year and wipe the slate clean.

This Pagan holiday is celebrated from sundown of April 30 to sundown on May 1. This falls almost perfectly between the Spring Equinox (Ostara) and the first day of Summer (Litha).

The origin of the word Beltane is the Celtic meaning which means “the fires of Bel”. This is most likely referring to the Celtic sun god Belenus. As there are many forms of paganism depending on the pantheons that are worshipped this festival is celebrated by most branches of this faith. This also means that the ways Beltane is celebrated and what deities are primarily worshipped on that day vary from person to person.

This day has been celebrated for centuries, so many of the rituals and practices have changed but in the modern-day celebration, many of the old ways can still be seen. Two of the most common staples of Beltane are Bonfires and Maypoles.

Bonfires were originally used to purify both the participants and the food they would eat. There would be two bonfires next to each other and those participants would walk through as a way to burn away their past selves. Bonfires are now used to represent the element of fire in rituals and are also just used as a major symbol of the holiday.

Maypoles are often large poles where many multi-colored ribbons will be attached to the top and each participant will grab one and dance around it to weave to strands. This can be used as either just an activity or as a future offering to a deity. These types of poles can also be used to bind people together when starting things such as covens or just families.

Many pagans also set up an altar for each holiday as it comes. Each Sabbat has colors and other correspondences that are used to celebrate. The decorations for Beltane may include Green and bright colors, a mini maypole, things to represent the gods or goddesses they are representing, candles, and flowers.

There are many other small activities that can be done to celebrate Beltane as well. These may include things like planting flowers or weaving flower crowns. These also can just be doing service to the planet and cleaning up a local beach or park to keep the Earth healthy.

In these stressful times just being able to relax and refresh is the main thing that is needed as a whole. Even if you do not celebrate, maybe just take time this weekend to do something for your well-being or the betterment of the world around you. Happy Spring!