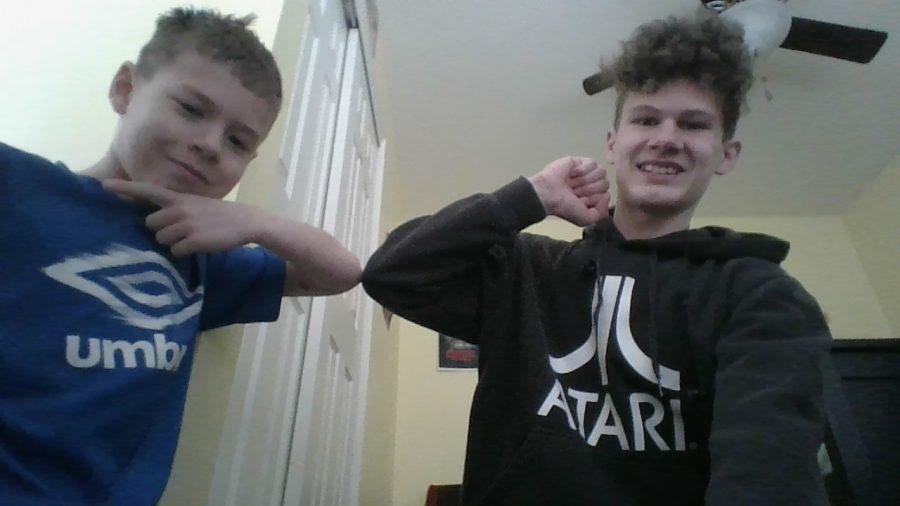 Ma and my brother giving each other the elbow shake.

As most people know, coronavirus is at its peak. Right now, there are many things to worry about like being ready for isolation and having supplies. But one of the most overlooked things during all of this is handshakes.

Handshakes are most common when you meet a new person or when you have not seen a friend in a while, or you may give them a high-five. Now that has to be all thrown out the window so that we do not spread the virus. So the question is how do we greet people now. Well, many people have come up with many creative ways to solve this problem.

One of the most prominent new ways to greet is called the “elbow bump”. It is very simple to explain. It is just a little tap of your elbow with the other person’s elbow. Now the elbow bump is the most popular out of all of them, but some say it can be as bad a shaking hands. That is because it could still transfer the virus because it is still physical contact and the virus can stick to one’s clothes just as well as someone’s skin. So the elbow bump may not be the best way to greet each other.

There are some other innovative forms to greet someone. Another handshake that is spreading its popularity more in the meme community. That is the Wakanda handshake, which is from the movie, Black Panther. The handshake is not really a handshake, but a way to greet people by crossing your arms across your chest, which is how they do it in the movie.

Not only does America have to change their normal greetings, but so do many other countries as well. For example, in Paris, they have a very common greeting called la bise, where they kiss each other’s cheeks. It has been very hard to stop people doing it because they think it does not spread as many germs as a handshake when in reality it is still very much spreading germs just as much as a handshake. But a small percentage of people are doing the “corna bise” where they kiss the air instead of the person’s cheeks.

That is just the surface of the new handshakes people have been using like namaste, curtsy, jazz hand, peace signs, and even foot shakes. As you can see, even in a panic like now we can always find good and sometimes fun ways to keep each other safe. But maybe the best way to go around all these handshakes is to stay away. It is best to stay away from others right now, but if you happen to meet someone new, some jazz hands never hurt.