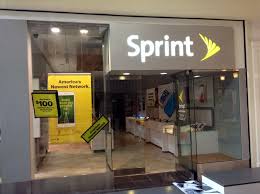 A Sprint store who is now part of T-Mobile

After three years of waiting, T-Mobile is now merged with another cell phone giant: Sprint. It was announced in 2018 the two companies would merge. Soon after a number of lawsuits by states had prevented the 26 billion dollar merger from becoming a reality. Finally, the Department of Justice approved the deal. Since it has taken so long people have largely forgotten it was going to happen to begin with. Yet this is a huge ripple in the tech world. This will have a huge impact on cellular technology. And its effect can change the race to 5G networks.

Long before this, both Sprint and T-Mobile were doing relatively good in the smartphone market soon after the first iPhone released in 2011. Soon after big giants like Verizon and AT&T were closing in dominating the market. Now both those giants have decided to act and have started to dig in the 5G network. Leaving Sprint and T-Mobile in the dust, so they decided to join forces. With T-Mobile’s emerging 5G and Sprint’s 54 million person coverage, it would make them be a powerhouse. Both companies have revolutionized the industry and helped bring about new technologies at reasonable prices. Still, this is a big deal but nobody has realized.

When the acquisition went into effect on April 1st there now remains three big smartphone companies in the market. This new company could help push for a faster and better wireless network. Nothing is going to change immediately; they still need time to restructure everything and figure out plans. So Sprint customers will have the same prices for the next 2 or so years. But eventually, Sprint users will be able to get the same benefits as a T-Mobile customer. By using its resources correctly the company can help make faster networks a reality. Their capacity has increased by 14 times what it was before and their speed tripling. This will bring about a faster, reliable and bigger network for those affected by this new change.

This has been a calculating and stunning move. It won’t make an impact for a while, but it is uncertain where or how things will go. Nonetheless, the way smartphones are changing the internet we use them on are going to change too. It is going to have a huge effect not only on T-Mobile’s customer base but the race for a 5G network. This is sure to cause huge ripple effects on smartphones.