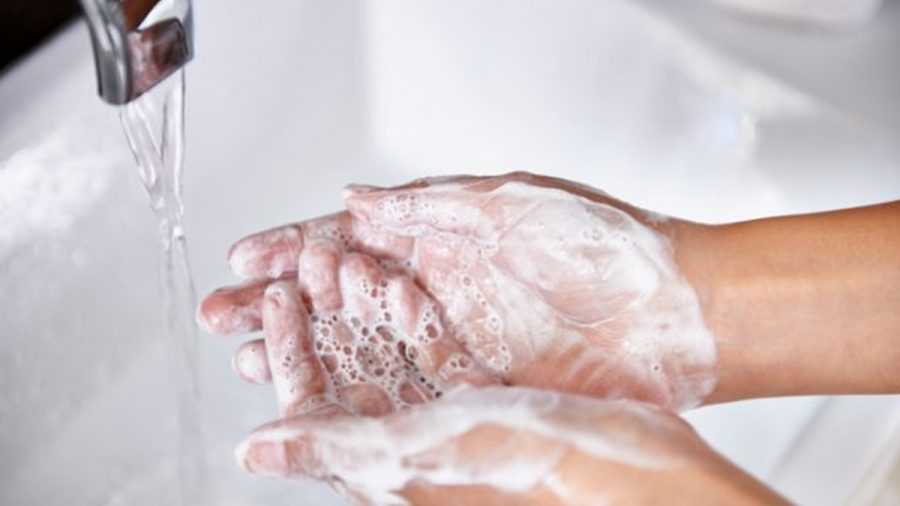 Woman washing her hands at the kitchen sink. There are vegetables out of focus in the background.

Almost everyone has some kind of bad habit. A lot of people have a bad habit of maybe biting their nails, being addicted to their phone, or even having a kind of food they cannot stop eating. Each person is bound to have some sort of habit that they just cannot seem to kick. They pop up as everyone ages and it takes a fairly long time before anyone comes to the realization that they might have developed a habit.

It is totally normal to have some kind of habit that is incredibly annoying, but sometimes people just cannot stop. Once a habit begins, it can be extremely hard to curb it. Many students also are annoyed by their habits and express their frustration about it.

“One of my worst habits is when I’m shy or uncomfortable, I shrink up,” Brooklyn Johnston (’24) said. “I hunch my back and look down, avoiding eye contact. I do everything as quietly as possible. Its a bad habit because I should feel uncomfortable at times but instead of facing my fear…I just hide from it.”

It can be very hard to overcome these habits because they become such a common part of someone’s daily routine. In a survey conducted, 82 percent said that their habit was hard to kick. The remaining percentage found the habit rather easy to curb.

Other students have shared their own bad habits. Not all bad habits are  doing something physical. Sometimes habits can be mental or even verbal.

“I have a bad habit of saying sorry for everything. Even if I did nothing wrong, I will say sorry for it as if it was my fault,” Grace Muffler (’24) said.

Breaking a bad habit can be really difficult, but it is not impossible, thankfully. It may take some time and a lot of effort, but it can happen.