Not Over Until It’s Over 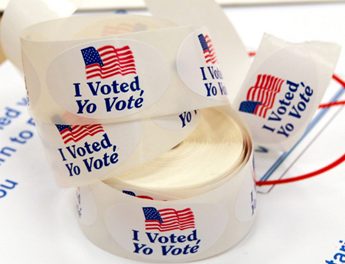 Well over 150 million people voted but are still being counted

With the major news media outlets calling the election for now President-Elect Joe Biden, the President is mounting an attack. With legal challenges in Nevada, Arizona and Pennsylvania, the president is attempting to still win this election in states without certified results. While we did have a general outline of a victor on Saturday, the election results aren’t certified just yet. It is way more complicated than that.

To be brief, the Electoral College has been around since the very first presidential election. It’s main purpose was to funnel the passions of the people and makes the whole state the focus of a campaign and not a popular vote. Each state is granted a certain amount of votes based on the states population in a census taken every 10 years. If a candidate wins the popular vote in a state they win all of the electoral votes of the state.

But here is where it gets complicated. The president has claimed Biden has not won as the results in the states have not been officially certified. While we do vote on the first Tuesday of November, the electoral results are not made official in the states until December. Each Secretary of State in each state has to certify every single vote and certify the results in their states officially. There is not a set deadline for when to finish counting but most are finished towards the end of November. The governor of the state will certify the electoral votes. The electors of each state then meet at the Electoral College and officially cast their votes for Congress to then certify.

So what grounds does the president have to contest the elections results? While he has yet to give an official concession speech, which would end the election, it has been clear Trump plans on contesting the results. This is completely within his legal rights to do so. He has been an adamant opposer to mail-in voting since the beginning, claiming it would cause widespread voter fraud and would halt the certification process. Trump has filed numerous lawsuits attempting to halt the further counting of mail-in votes. If they can’t certify a winner, then there is no president-elect to praise.

If Trump is successful in his requests for a recount, the American voters must be patient. However, since there has been the greatest voter turnout in American history, it will take more time than usual. This whole process goes to show the cost of democracy. Whether or not this could end up in court and how the final election results turn out is still up in the air. Stay tuned.