How Tik Tok Has Affected Our Fashion 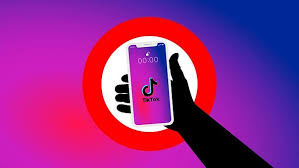 Almost everyone has heard of Tik Tok, whether you are a student watching the short videos during class, or an adult hearing about all of this from kids, or even the news. This app has had a really big effect on the music industry as well as pop culture in general, kids are being exposed to many different subcultures and fashions. This can be seen everywhere, especially the alternative subculture, and the many of the different branches of that subculture.

This has grown in popularity due to the app, however these subcultures, fashions, and ideals are not new, they have been around for years. The thing that has been causing discourse over the growing popularity of this is people are only adopting the fashion, and not the shared beliefs of people in the subculture. This has sparked very heated debates online about posers and gatekeepers.

One one side of the debate people are upset over “posers” or people who are only dressing this way because it is now popular to do so. This is upsetting to the people who have been dressing this way because they have been actively made fun of for dressing the way that they do. Another reason why this upsetting to the community is because there is more to the subculture than the clothes, there are shared ideals on politics and human rights, and this can very across the different styles/subcultures.

The other side of the debate are the people calling other people out in the community for “gate keeping” or people who will not accept anyone else changing their fashion/ideals to be a part of the community. This is harmful because it makes everyone under the “alt” umbrella look like they do not like outsiders or that people who are new to it cannot join. There are plenty of people who share the ideals, but cannot dress in any of the various styles because of parents or any type of religious reasons.

This will all probably blow over in a few months, considering trends are always changing and the people who are only saying they are part of the community because it is now popular to do so will move on to the next thing.