Is Color Guard a Sport? 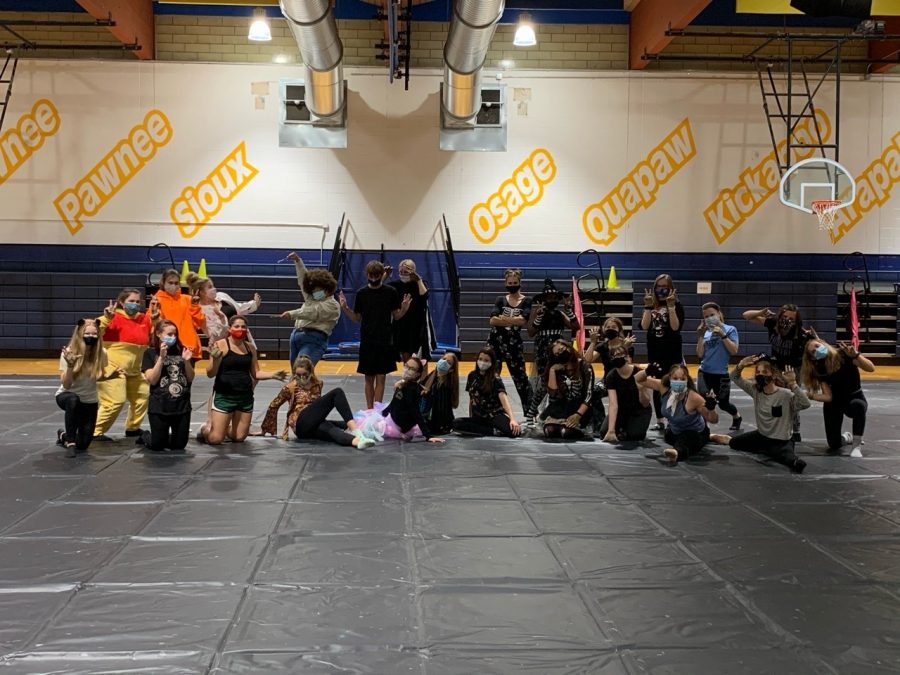 The Holt 2020 Color Guard celebrates Halloween by having a party at their last fall practice.

There is a bit of controversy as to whether color guard is a sport or an art or just some silly hobby that people take on. If you do not know already, color guard is a physical activity that incorporates equipment like flags, rifles and sabers into lyrical and jazz dancing. Color guard performs with the school’s marching band during football season and they have their own activity called winter guard in the winter seasons where they perform by themselves.

People who do sports have tendencies to bring sports like dance and cheer down for “not being a real sport” and guard has it like that too, especially since it’s also not a very well known activity.

In a survey that was put out to our students, 83.3% of participants said that color guard is a sport, whereas 16.7% replied saying that it was in fact not a sport. There are factors leading others to believe if it’s an actual sport or not, such as “color guard not being as hard as other sports” as some people might say. Another thing one might say is that “guard is with band, and band is not a sport” which nobody really knows either.

“I believe [color guard is a sport],” Vanessa Jennerjohn(24) said. “Color guard requires a lot of physical strength and endurance, as do most sports. It can compete, and it is technically physical activity. Not to mention, if I said otherwise, my color guard friends would kill me.”

Color guard is an activity that requires a lot of time, practice and patience. Participating members have to be seriously careful with their equipment so they do not hurt themselves and/or others around them. People participating in color guard have gotten concussions, bruises, torn muscles, and even broken bones from dancing in their equipment.

Others have different opinions on if color guard is to be considered a sport or not.

“It is athletic, and it can be competitive, but it is not competitive in nature,” Kassidy Henry(23) said.

To answer Henry’s comment, both the school’s JV and Varsity winter guard are performing at competitions this year. Therefore, this would classify color guard as a sport.

“”Color guard is a place where you can keep your mind off of things and forget all your thoughts. You’re performing with passion and feeling the music,” Shanna Manies(23) said.

The Winter Guard International (WGI) website calls color and winter guard a “Sport of the Arts” and is mentioned a lot on their website. “It is called the Sport of the Arts because it brings music to life through performance in a competitive format,” the website says.

Even though there will always be disagreements on the topic, color and winter guard are considered a sport AND an art form because of the high intensity physical activity and the eye-appeal and interesting music they perform to.