The Troublesome Year of Trauma 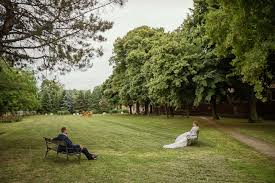 In a year of increasing stress mental unrest continuously increases

As December dawns on the already troublesome year, there is a sense of hope waiting for 2021. There is a heightened sense of  anxiety when reflecting upon this year. The year 2020 will forever be known as one of the most trauma inducing years so far in our lifetime. The thing with trauma is that it’s different for everyone who experiences it. But recent studies do their best to try and map out how these cases have increased during this time. So how has this year been affecting us?

2020 has been described as all the events a decade would have happening in one year. There has been the worse pandemic we’ve seen in 100 years. According to Boston University, there’s been the most amount of racial protesting in over 50 years, and the most amount of civilian deaths since 9/11. So this has been a very eventful year, and not necessarily in a good way. So how does trauma tie into this?

Trauma is usually defined as a event that causes lasting physical or emotional harm in the long term. It is often perceived as a threat to one’s stability in the world around them. Now, there are three types of trauma that revolve under certain parameters. Acute is when trauma is limited to a singular event. Chronic is where there is a repeated or prolonged event. Lastly, there is complex when there is multiple events experienced. The only qualification for a traumatic event is it has to be violent or life threatening in nature.

This year people are isolated from loved ones, left with job uncertainty, and vulnerable to a potentially deadly illness. Now, such uncertain events lead to a high number of stressors on the brain leading to further mental unrest. A Oxford University study found that 1 in 5 who have contracted COVID receive a psychiatric evaluation almost 3 months after receiving it and most do not have any mental conditions prior to receiving one. The same 1 in 5 get diagnosed with depression or anxiety most commonly associated with trauma.

Trauma is a little more complicated, especially in teenagers. When the mind is in a developing state, trauma can lead to more lasting damage and the creation of unhealthy coping methods. While each case is different, they all have some symptoms in common; stronger emotions of sadness, anger and fear, disrupted sleeping patterns and mild irritation over minor inconveniences. But mostly it often resides in lack of motivation, like as Juliana Castellano (’22) puts it “my motivation has gone down and just do not wanna do anything, I do not know motivation at this moment”. A study in October by Elsevier Public Health has found that with the instability and social isolation there has been a increase in depression like symptoms in over 60% of women.

After this seemingly never ending year, these kinds of cases are likely to go up. When such bad experiences happen in a almost continuous fashion on overwhelming an already stressed brain leaves a fair share of damage.  It is important to be well educated on these kinds of things and to know when to seek out help. After everything that has been going on, having mixed emotions will be the most likely way to describe this year when taking a trip down memory lane.