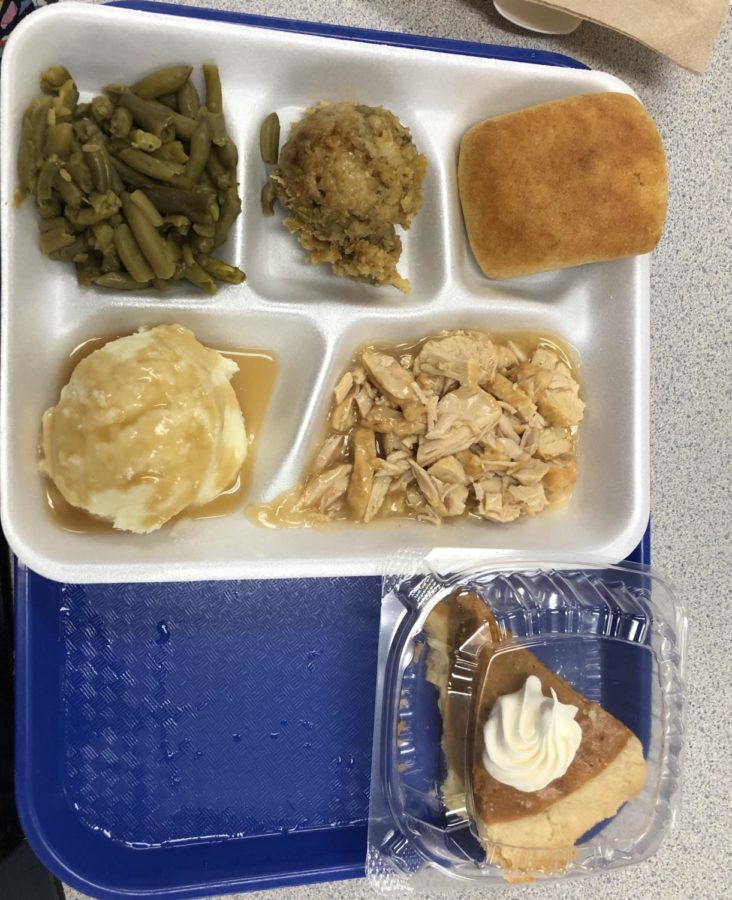 Thanksgiving, according to Webster Dictionary, is an annual national holiday marked by religious observances and a traditional meal, including turkey. The holiday commemorates a harvest festival celebrated by the Pilgrims in 1621, and is held in the US on the fourth Thursday in November.

Today, in the 20th century, it’s regarded as a holiday of gratitude and family, a day that is dedicated to showing appreciation for those you see every day and those you don’t. It’s a day of remembrance and be thankful especially for someone like Ashleigh Blevins (‘22), who lost her grandmother some time after Thanksgiving a while back. For Natalie Ginger (‘20), it means the onset of “a big mess [she’s] going to have to clean up]”.

Another aspect that comes to mind in relation to Thanksgiving is food. Lots of food. Out of 70, 58 have a traditional Thanksgiving feast with the dubbed star of the meal being mashed potatoes. Other honorable mentions are turkey, stuffing, green bean casserole, and pie. To many like Kassidy Henry (‘23), this is the meaning of Thanksgiving.

Thanksgiving is a day in which people see family members that they rarely are around. Micah Figueroa (’21) has a huge Thanksgiving in which he sees: his mom, dad, stepmother stepfather, sibling(s), step-siblings, grandparents, aunt(s), uncle(s) (including a disliked uncle), great grandparents, cousin(s), niece(s), nephew(s), his significant other, great aunt(s), great uncle(s), and friends. Alexander Ritchey (‘22) is the direct opposite, spending Thanksgiving “on [his] lonesome”.

All in all, Publications wishes you all a very happy Thanksgiving and hopes you all have fun and good food.