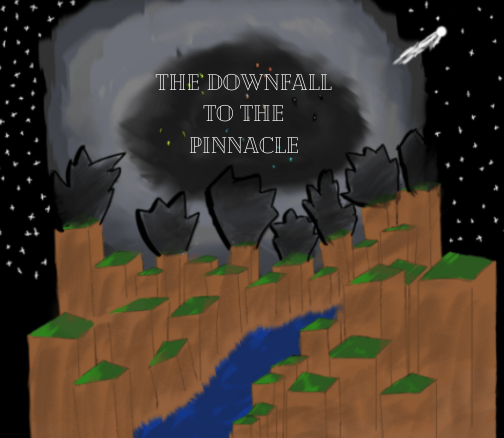 “There were a lot of youtubers and streamers that began to play the game a lot more, and I think 2019 was the year that more SMP’s were created,” Alexis Mette (‘21) said. “That is also the year that some speedrunners began gaining more popularity as well.” ” 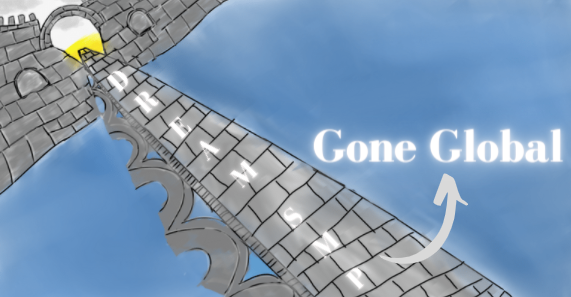 The Dream SMP continues to gain mass popularity with their interesting roleplays.

In early 2020, a brand new community had developed exponential popularity from a specific style they portray in Minecraft. The community being labeled as ‘Dream SMP’ consists of more than 30 different creators in the server as of now. The group has been able to skyrocket the popularity, gaining new viewers every day.

The SMP being owned by the creator himself, ‘Dream’ known for his speedruns and manhunt videos, currently has over 17 million subscribers. The server being established on April 25, 2020, started to slowly gain the attraction of fans.

A quality trait for the server is the ability of being ‘roleplay based’ or structured improv. Every creator on the server portrays a character in the game based upon a script that is given to them, leaving the fans anticipating.

“They are still able to write plot and still are able to continue the story, it never has one big finale, just lots of slightly smaller finales to individual storylines,” Kaiden Henderson (‘23) said.

The server has had multiple lead ups to different finales, and the progress of the story moves onto a new chapter.

The Dream SMP has always had small amounts of writers who wrote the script for the server, one of the main previous writers, ‘Wilbur Soot’, mentioned that some of the major events were planned, and that the script had to be redo a lot. As of now, different creators are helping with the script including Dream, Quackity, Technoblade and TommyInnit with input from others on the server.

As new viewers were first getting introduced to these streams, they might not realize that it is roleplay. Outside of the lore, or known as “the plot”, the creators stream and play with each other, not retaining the information of the plot.

“I think it’s due to the fact that the plot line is expanding and that there are multiple stories now,” Isabel Landuyt (‘21) said. “It all depends on the perspective you watch for the story you get.”

The creators will do individual streams sometimes to allow their characters’ story to develop more.

Dream SMP has gained mass attraction throughout 2020 and it is still continuing in popularity. Many of the fans have expressed their excitement through discussing theories with other fans, fanart, making animatics and even creating songs based on the server.

“Most fans are dedicated to something they enjoy or love,” Landuyt said. “I think the creativity each creator shows is inspiring and the storylines are compelling enough for people to want to give back.” ”

Fans have different styles to show being dedicated towards a creator, whether it is donating or making art for them.

The creators in the server occasionally do streams outside of the server, which could make dedicated fans to the level of a ‘stan’, or known as an “supportive fan”. Many of these ‘stans’ have profile pictures of the creators and idolize the creator.

“That’s just how culture on the internet works, and for some reason the DreamSMP is good at cultivating that dedication somehow,” Henderson said.

Creators developing dedication towards their fans shows that the fans give back their dedication by supporting them.

Dream SMP is soon to have been around for almost a year. Many fans have not realized that the server will have to eventually come to an end. There is currently no hint on when the server will officially end.

“First off, who knows when it’ll reach that point, and secondly, a lot of people will be upset, but see the logic in it,” Henderson said. “the server itself (knowing it’s history) will probably just be one big crater.”

Fans writing theories or stories towards the server, while when the server eventually ends, could potentially come true.

There is no way to determine when the server will end, the only way currently is to assume. Viewers knowing when it ends, will obviously ruin the history of the server and make many viewers upset.

“Honestly I don’t know and I don’t want to think about it right now,” Britney Thake (‘23) said. “I’m happy where everything is,”

Most of the fans’ thoughts are if the server will end, they want the creators to still interact with each other.

“I’m not sure, but I feel like a lot of fans are going to be upset about it,” Landuyt said. “I think all creators who were a part of the SMP are going to gain a larger audience as that was the explained purpose of the SMP.”

The reason for the streamers gaining a bigger audience is themselves portraying a persona to make their streams more entertaining.

For servers ending, a previous server that had major attraction was SMPLive, but ended on January 1st, 2020. Which was shortly carried on by SMPEarth, but also ended in March 2020.

“People will probably reminisce and still be fans of it, rewatch content, and continue to watch the creators’ other content after dream smp is over,” Jillian Murrah-Rose (‘23) said.

When a server does eventually end, long time viewers will always watch the old videos back for nostalgia.

Dream SMP continues to grow rapidly and there is no telling when the server will eventually slow down or eventually end. Many fans have even started to make their own scripted SMP’s due to inspiration from Dream SMP.